Why Famous Celebrities Turn to Cryotherapy 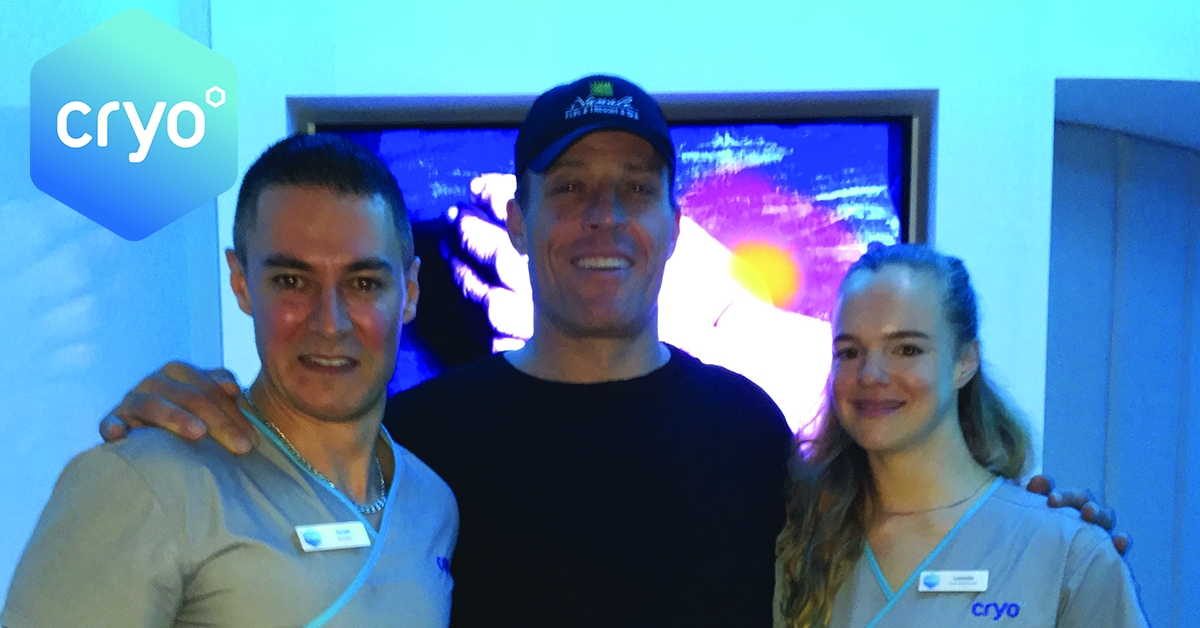 Tony Robbins, Floyd Mayweather, Lindsay Lohan, Daniel Craig, Alicia Keys, Cristiano Ronaldo, Jennifer Aniston. What do these celebrities have in common? They are all celebrities who do cryotherapy to help look after their bodies. Cryotherapy has long been used in assisting athletes recover after training and competing, and to help reduce muscular inflammation. Sub-zero temperatures have also been used by many Nordic communities to fight the signs of ageing. Cryotherapy allows you to do this without needing to jump into a frozen fjord.

Self-help guru Tony Robbins is 57 years old, and his empowerment events such as Unleash the Power Within famously see him presenting on stage for over 50 hours in just four days. During this time he covers in excess of 35 kilometres and is constantly on his feet. To help combat muscle swelling and fatigue, Robbins uses cryotherapy daily, and has also had a chamber installed at home for regular treatments.

Jennifer Aniston is now 47 years old, yet still looks as youthful as her Friends character Rachel Green from 20 years ago. Aniston uses cryotherapy as a non-invasive treatment to keep her skin red carpet ready and her endorphin levels up. Demi Moore includes cryotherapy in her healthy habits to help maintain her youthful appearance, and used it extensively in the lead up to her 50th birthday party in 2012, while Daniel Craig combined weight lifting with cryotherapy to maintain his James Bond chiselled look while filming Skyfall.

No longer the secret of celebrities’ success, cryotherapy has gone mainstream thanks to the countless health you may can experience. Exposure to extreme cold means the body needs to warm up again rapidly, which can burn energy and help remove toxins from your system.

On average, overseas studies have shown that the human body can burn between 2000 and 3300 kilojoules following consistent, repeated cryotherapy sessions. This makes it a great addition to any healthy weight loss program, especially leading up to summer or now during wedding season. By exposing the skin to extreme cold, the blood vessels at the surface of the skin contract. Following cryotherapy treatment, the vessels dilate.

In this process, oxygenated blood along with healing enzymes are released, which can increase the production of collagen. This can lead to greater elasticity and firmness of the skin.

Not only can you lose weight, reduce muscle fatigue, and boost collagen production with cryotherapy, you may also find you feel a euphoric feeling thanks to the endorphins that are released during the treatment. Endorphins are the chemicals in our brain and nervous system that provide us with that feel good factor when released. Cryotherapy can increase and stimulate endorphins throughout the body, that can trigger a feeling of happiness and fulfilment.

With many people leading busy and stressful lives, cryotherapy can be a great way to bring those stress levels down. Cryotherapy may also provide relief from sleep issues, fatigue, and depression.

Celebrities who do cryotherapy have been experiencing the potential benefits for years. If it is time for you to join them, book your first Cryo whole body cryotherapy sessions online today at www.cryo.com.au