Cryotherapy Reviews: What People Are Saying About Cryo 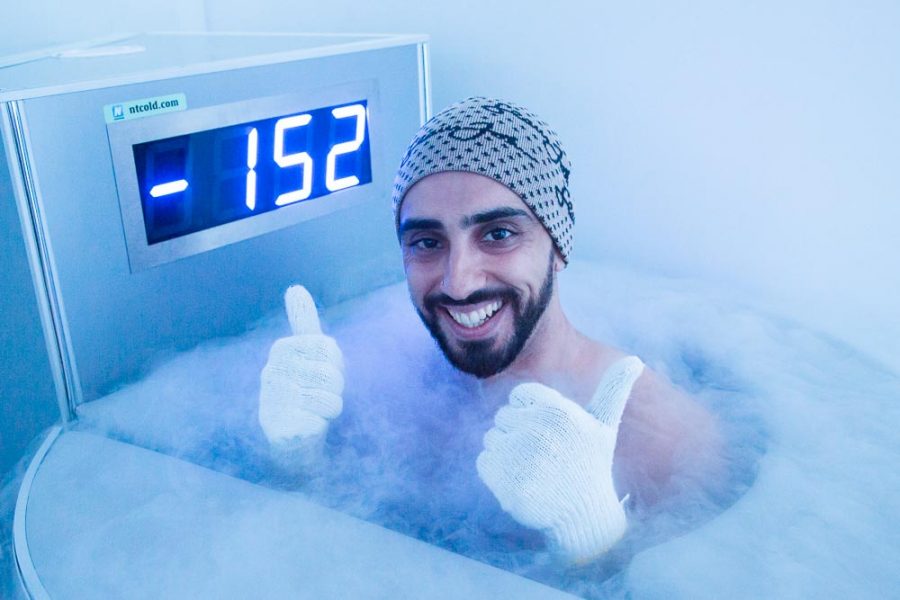 As Whole Body Cryotherapy continues its trend in popularity across the US as well as Australia more and more bloggers, radio hosts, Instagram snappers and journalists are lining up to give their personal cryotherapy review.

The public want real, honest and tangible answers. They want to see real reactions and encounters, not just read the facts and figures and scientific “how it works” that abound or know Demi Moore was seen leaving a Cryo clinic.

Yes, you can read an article on How It Works, but ‘what is it LIKE?’ is the real burning question.

Fair enough too, it sounds like an impossible feat. To stand in a -150 degree chamber for three minutes seems impossible. How do you not turn into an icicle?

We know that a wide range of famous celebrities and athletes from Jennifer Aniston to Cristiano Ronaldo swear by Cryotherapy for youthful appearance, muscle repair and an energy boost, but to be honest, aren’t they a little on the super human side? Their endurance and professional sacrifice is nothing most people will ever experience. So how can a regular person handle a cryotherapy treatment, and what are the potential benefits?

I think this one should be listed first as it’s the initial reaction most people writing cryotherapy reviews comment on. As soon as the temperature drops, they may feel an incredible rush, which has been credited to the release of feel good endorphins and adrenalin coursing through the blood as the brain attempts to find an adequate course of action to combat the cold.

If you’ve ever had the pilot light go off in the middle of a warm shower, you’ll know what I’m talking about. It’s that gasping rush that has you instantly alert, switched on and ready to take action. A friendly little reminder of what being alive feels like.

Some reports even detail that the energy boost can last hours, even days, which may include not just energy levels but mood, stamina, mental focus and concentration. Many people say they can have so much energy they feel like they could run a marathon, which is possibly why long distance athletes are having a Cryotherapy session before an event, which can prepare both their mind and body for a Personal Best time. I can’t think of a better mindset to be in before running a marathon than feeling as though you have enough energy to run a marathon.

This is where the Cryosauna’s original purpose stems from; to help elevate chronic pain from limbs and joints. One man in the US was so staggered by the results his wife received during Cryotherapy treatments for her fibromyalgia that he opened his own Cryotherapy clinic. And who wouldn’t want to assist a loved one if they could?

Most people who use Cryotherapy for muscle and joint pain relief feel the difference during the cold process, and the relief can last anywhere from three hours to five days after the session, depending on each body’s unique response to the treatment. When using Cryotherapy treatments on a regular basis, they also say that the length of pain free time can increase with each session.

It’s amazing the way the mind handles pain as well. Following Cryotherapy treatments people who suffer chronic pain say they can have better decision making skills and may experience better sleep. It’s not until they gain relief that they realise how much their pain has been impacting other areas of their life.

3. It Doesn’t Seem That Cold

This one varies a little, with the guys claiming to endure the cold significantly better than the girls. I’m not sure if that’s tough talk or not, regardless, the reports are all the same. Most people expect temperatures down to -150 degrees to be horrifically painful and they can be surprised, firstly by how manageable the experience was as well as how it was less intense than they imagined.

The reason for this is that, most of us, at our coldest have also been wet. Wet and cold is a combination that really seeps into your skin and bones and gets your teeth chattering.
Cryotherapy saunas use purely dry cold. It’s the same as walking into a butcher’s fridge or standing in front of a turbo-powered air conditioner.

The big surprises came from those who were brave enough to drop into ice baths previously. They claimed that the cold of Cryotherapy can be nowhere near as intense, piercing or painful as that of an ice bath, yet the temperature is 150 degrees lower!

For the super delicate, withstanding the cold was a trophy that in itself was a feel good blast. Well, why not? We should all dare to suffer a little endurance in our lifetime! It is good to know though that you can exit the chamber whenever you like. If you don’t like the cold blitz, you can stop any time.

The other things that surprised people was how fast they can warm up afterwards. In less than five minutes they can feel completely warm as their bodies returned to a natural equilibrium – that explains why there can be a calorie burn!

Athletes of all levels are using Cryotherapy for this reason. While I’m sure LeBron James appreciates that the cryosauna may enhance and maintain beautiful skin, the actual reason he withstands the chill is in order to receive benefits that may include the repair of muscles quickly, reduce inflammation after a hard basketball game, and get an edge on the competition before the next game.

Now, most of the bloggers writing Cryotherapy reviews are not used to running long distance or having quick turn-arounds between intense competitions, however, many Australians who have turned to Cryotherapy treatment before or after a competition or during training say they love the results. In fact, David Jones ran a personal best time in the 2016 City2Surf that he says is purely from having a pre-run cryotherapy treatment that morning. “I shaved off about 10 minutes and lost two toe nails with the extra strength in my strides.” And David admits himself, he is no spring chicken.

All ages and all levels of ability may tell the same story, faster recovery time, more athletic ability, back to the training grounds faster for more of what they love, straight from stepping out of the Cryotherapy chamber.

The relief is also something athletes are grabbing hold of after injury, surgery and high muscle stress that causes damage or tearing. They are saying this is a treatment that can enable them to recover fast and get mobile again.

Every Cryotherapy Session is Slightly Different

One thing that comes across really powerfully when reading Cryotherapy reviews online is that all users experience the sessions differently.

Perhaps it’s their different personalities coming through, as while the benefits experienced can be similar, the intensity can be different, and the experience as a whole may be different. For instance, David Jones mentioned that the technician chatting to him made him nervous, while Lily Harding, who represented Australia in the 2015 Junior Commonwealth Games as a track runner said this is what really calmed her down in her first session and helped her relax.

What bloggers and Cryotherapy review articles don’t cover is the long term effects of regular Cryotherapy treatments. They typically enter a cryosauna because they are curious, want to cover a hot subject or are given the session for free. You have to question their commitment to their health a little. It’s fair to say that people who use Cryotherapy on a regular basis do so because they love the results. They can see and feel a change in their bodies and lifestyle, I’m very sure they wouldn’t continue if they didn’t. These are the people reporting they can see younger, firmer skin, extended relief from aches and pains and assistance with weight loss. Facebook girl and Instagram guy will usually end their write up saying they are excited about continuing, they think it’s a hit and they’re hooked. Whether they do continue or not, their objection has been reached, they now know, without doubt what Cryotherapy is and what it feels like, and they have shared their experience with their audience. Armed with that information, they can determine if the service is right for what their other long term health goals might be.

Perhaps you can as well.

If it’s time to find out what it’s like for yourself and test cryotherapy out on your own body to see if it works for you, book your first Cryo whole body cryotherapy sessions online today at www.cryo.com.au.